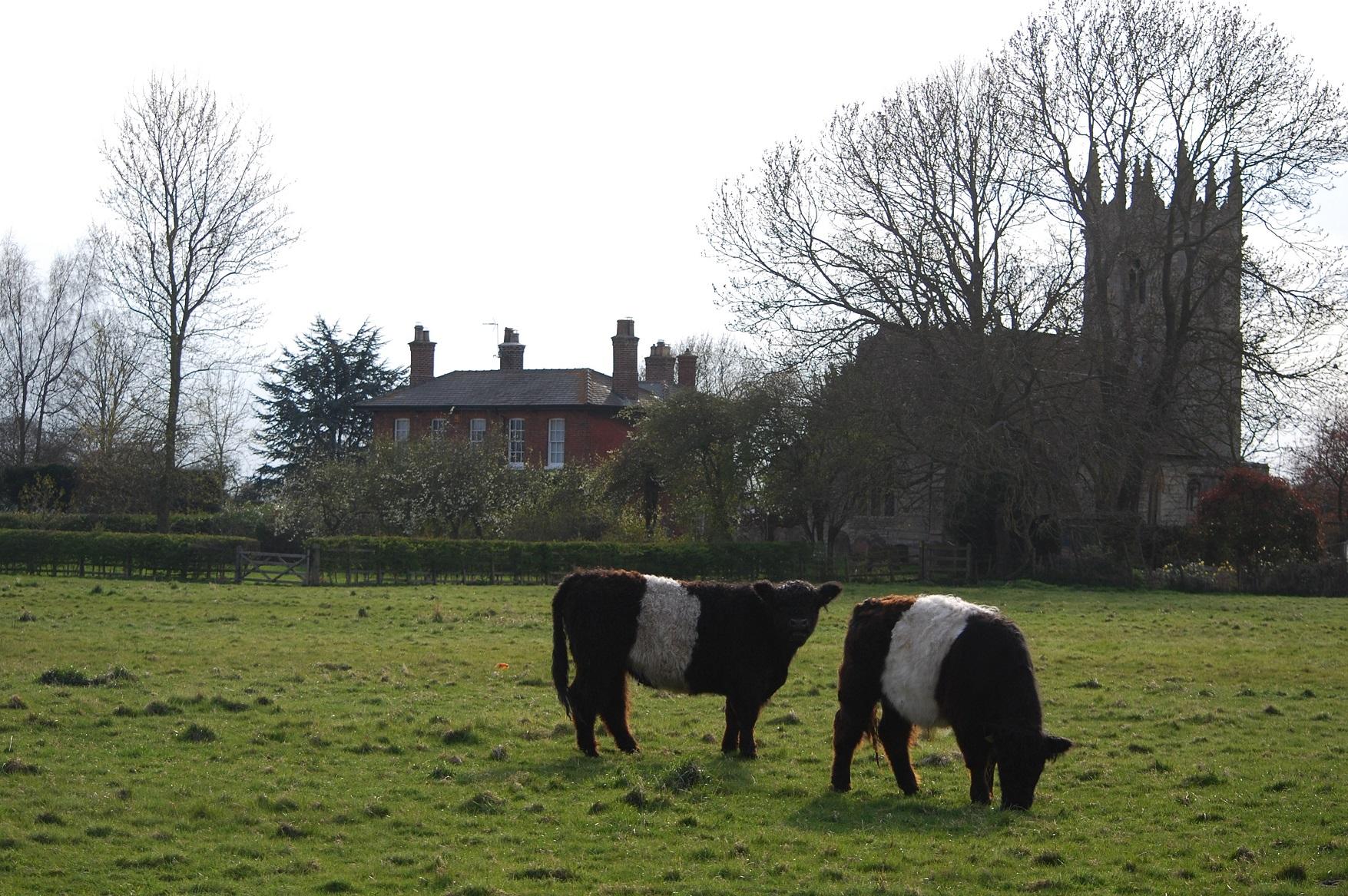 The parish of Norton Disney is located between the river Witham and Stapleford parish in the south and the A46 “Fosse Way” in the north. To the west is the Nottinghamshire border and Thurlby parish lies to the east. The Fosse Way was a Roman road of great importance as a route from Exeter to Lincoln via Bath, Cirencester and Leicester, especially for soldiers heading to Lincoln and further north. A fortified Roman villa was identified in Abbey Field, just south of the A46, in 1933 after part of a mosaic and other Roman artefacts were uncovered there. It was probably occupied by the Romans between 70 and 360AD.

Within the name of the village lie further clues to its fascinating history. Known originally just as Norton, the ending -ton indicates Saxon connections but the discovery of a late Bronze Age axe head in the Potter Hill area of the parish in 1910 alludes to much earlier occupation. Disney relates to Norman occupation. Following his victory over King Harold at Hastings in 1066, William the Conqueror promptly moved north to subdue any rebellious activity and establish his own barons across the country. A translated extract of the Domesday Book of 1086 for the Soke of Norton (spelled Nortune) reads, “Judith has there 7 sokemen and 11 villeins with 5 teams and 12 acres of meadow. There is underwood 6 furlongs in length and 1 in breadth”. This Judith was a niece of King William himself and was therefore likely to have also been given more prestigious lands. This may explain the passing of ownership of the area from her descendants to a less prominent owner who, nevertheless, was of sufficient standing to bear the territorial name of De Isigny (subsequently spelled variously as d’Isigny, D’Iseny, D’Isney, Dyseny, etc.), from a small township near Bayeux in Normandy. The first mention of D’Iseny appears in Inquisitions of Feudal Tenures at the time of King Henry III who reigned from 1216 to 1272. The relevant extract reads, “William D’Iseny holds the fee of one knight in Stapleford. The same William holds one knight’s fee in Norton”. Over time the Disneys intermarried with powerful families, served as knights of the shire and became people of opulence and distinction in these parts. Although it is uncertain exactly when the Disneys acquired the land, it was probably held by them for at least 450 years until Molineux Disney sold the estate to the Duke of Albemarle in 1674. Not only did this bring to an end the Disney ownership but this line of Disneys ended with the execution on Kennington Common (now the venue of The Oval cricket ground) of Molineux’s only surviving son, William Disney, for producing subversive literature in the cause of the Monmouth rebellion. 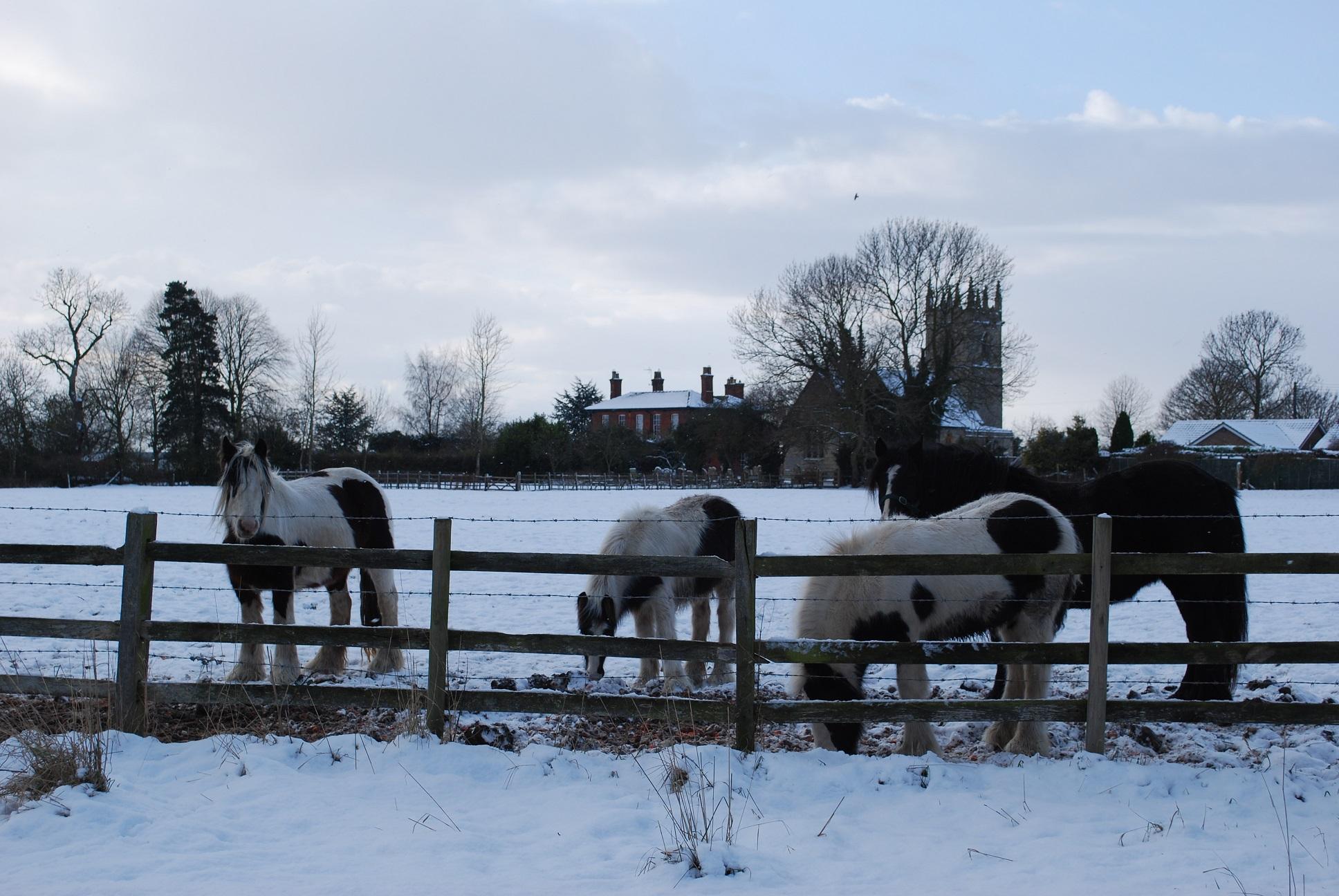 Many of the Disney Lords of the Manor were buried in the Mortuary Chapel on the north side of Norton Disney’s charming XIIIth Century church of St Peter. This chapel was added by Joan Dive, wife of Sir William Disney (one of a succession of William Disneys) and her tomb lies in a recess in the north wall. Numerous other magnificent monuments and memorials are housed in the chapel, including a brass plaque in memory of William Disney, Sherriff of Lincolnshire in 1532. The beautiful stained glass window in the east wall of the chancel is dedicated to Capt J E L Jervis, 4th Viscount St Vincent who died of wounds sustained in the battle of Abu Klea in the Sudan in 1885. His great grandfather Sir John Jervis had been elevated to the rank of Viscount for his role as Admiral of the Fleet in the defeat of a larger Spanish fleet in the Battle of Cape St Vincent off the coast of Portugal in 1797. The Jervis family had been local landowners for a period.

Other features of this lovely Grade 1 Listed church are the XIV Century deeply carved octagonal stone font, the 700 year old plain carved oak pews and the impressive peel of six bells hung in an oak frame in the belfry which are still rung regularly. The churchyard, with its weathered and leaning sandstone headstones, is dominated by the imposing black granite headstone of Revd George Roberts, Vicar of Norton Disney for 46 years from 1852 to 1898, who commissioned the building of the adjacent Grade 2 Listed vicarage. The churchyard is the ancient burial site of an estimated 4,000 former residents of the Parish.

Whether there is a connection between the name of the village and the American entrepreneur Walt Disney is a frequently asked question. The debate around this issue is too large to consider here but Walt Disney evidently thought there must be as he visited the village in the 1950s. Until recently, photographs of that visit were displayed in the local public house, known then as the St Vincent Arms and now called the Green Man.